The first time that I had ever heard the words “Fried Green Tomatoes” was the title of the 1991 movie that I absolutely loved.  This was the beginning of my point of reference.  My mind opens and begins to expand around this often viewed southern dish (which is served up in northern states too).

Fast forward twenty-two years that includes a move to the panhandle of Florida, just a few miles shy of the gateway to rural Georgia, and a mere hour from Alabama.  I have a good sized garden to call my own, deep in the South where growing tomatoes is considered to be in your blood (Growing them is not in my blood but, I am striving for the title).

This was the first year with thirty-five heirloom varieties planted that I had my first tomato boom. Forget squashes and eggplant that can be the summer gift that keeps on giving, it was my TOMATOES.  It is a romantic notion that your bounty of vine ripened tomatoes can be enjoyed endlessly.  Fresh tomatoes don’t have a very long shelf life before they take the leap to the process of rotting. 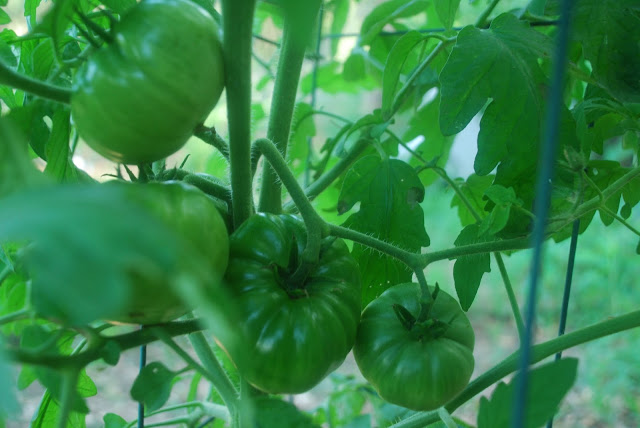 Another leap forward and you are ready to try your hand at fried green tomatoes.  SHUT the FRONT DOOR!  Fresh unripened green tomatoes lightly breaded and fried in a skillet with a shallow oil layer is divine.  Served hot with a buttermilk dipping sauce can make you weep.
It is a beautiful and simply prepared dish.  Serve it up as an appetizer, side dish, oh what the heck it can be a main dish too, along with a good beer or wine, or a tall glass of southern iced tea. 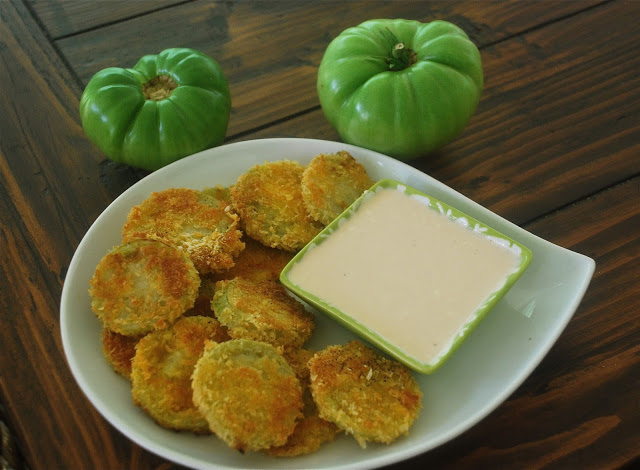 In a medium bowl add buttermilk, mayonnaise, BBQ sauce and lime juice and whisk well.  Add in the scallions and the apple cider mixture.  Cover and refrigerate until ready to serve with the fried green tomatoes. 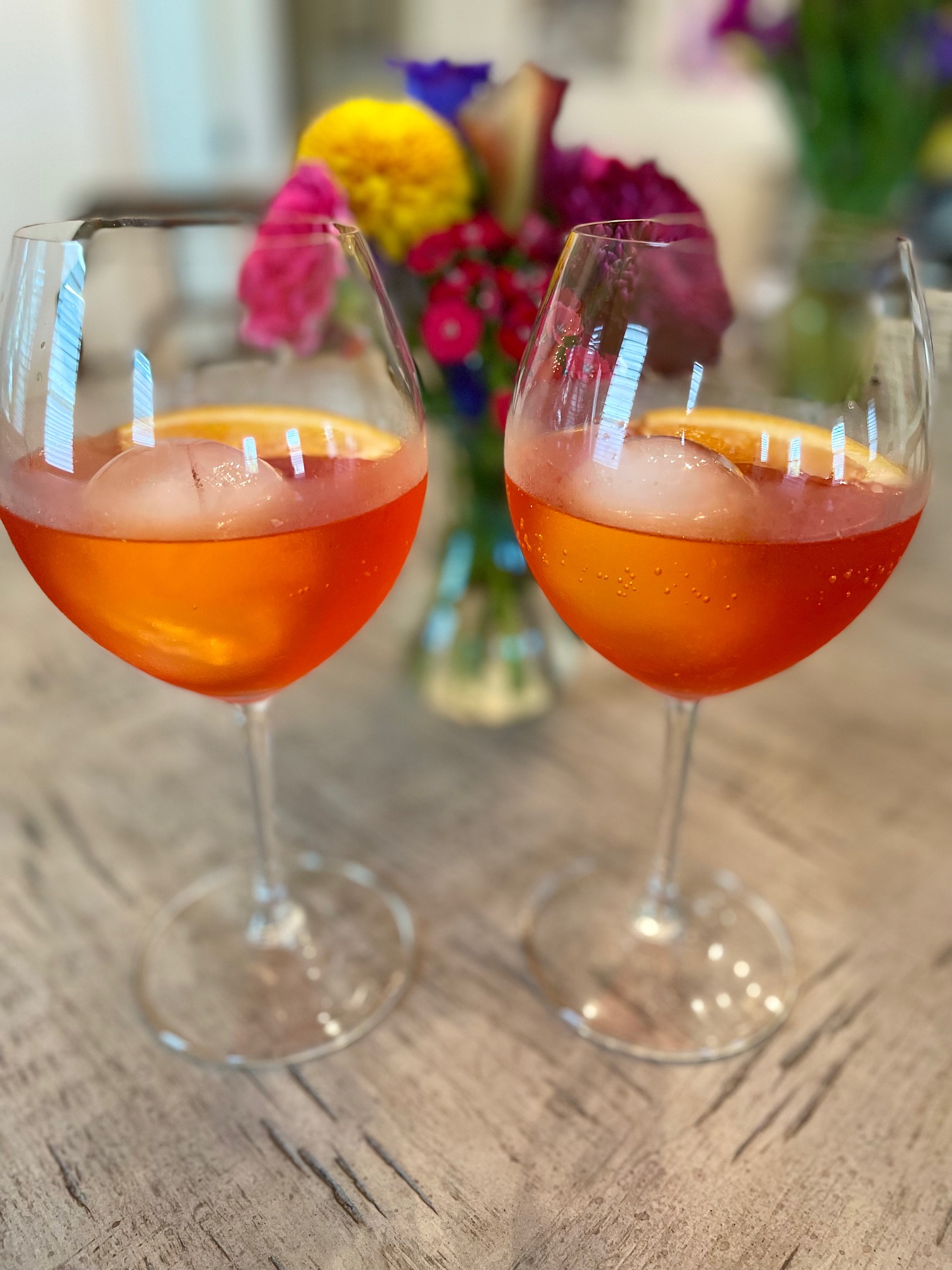 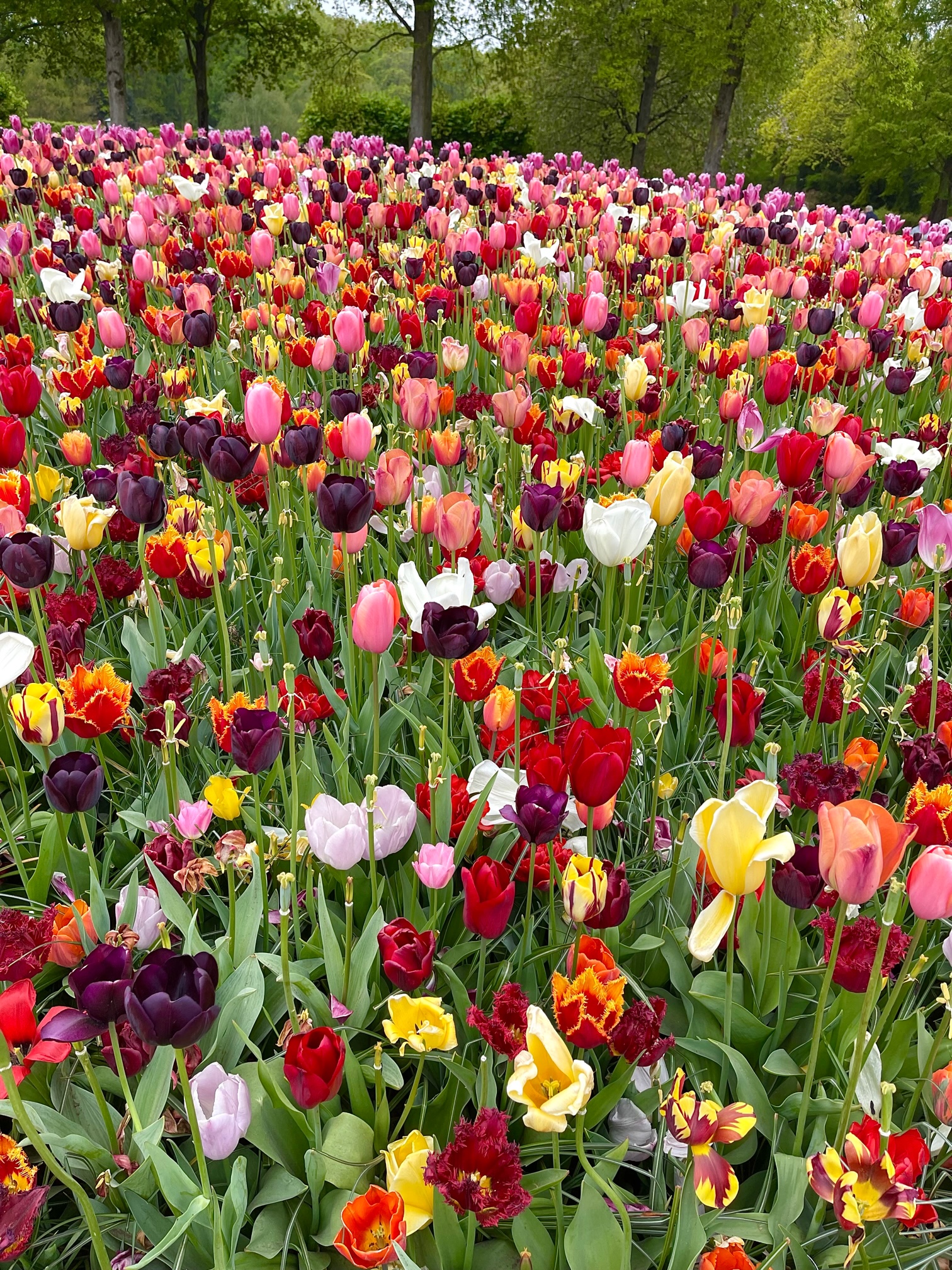 Next Stop The Hague 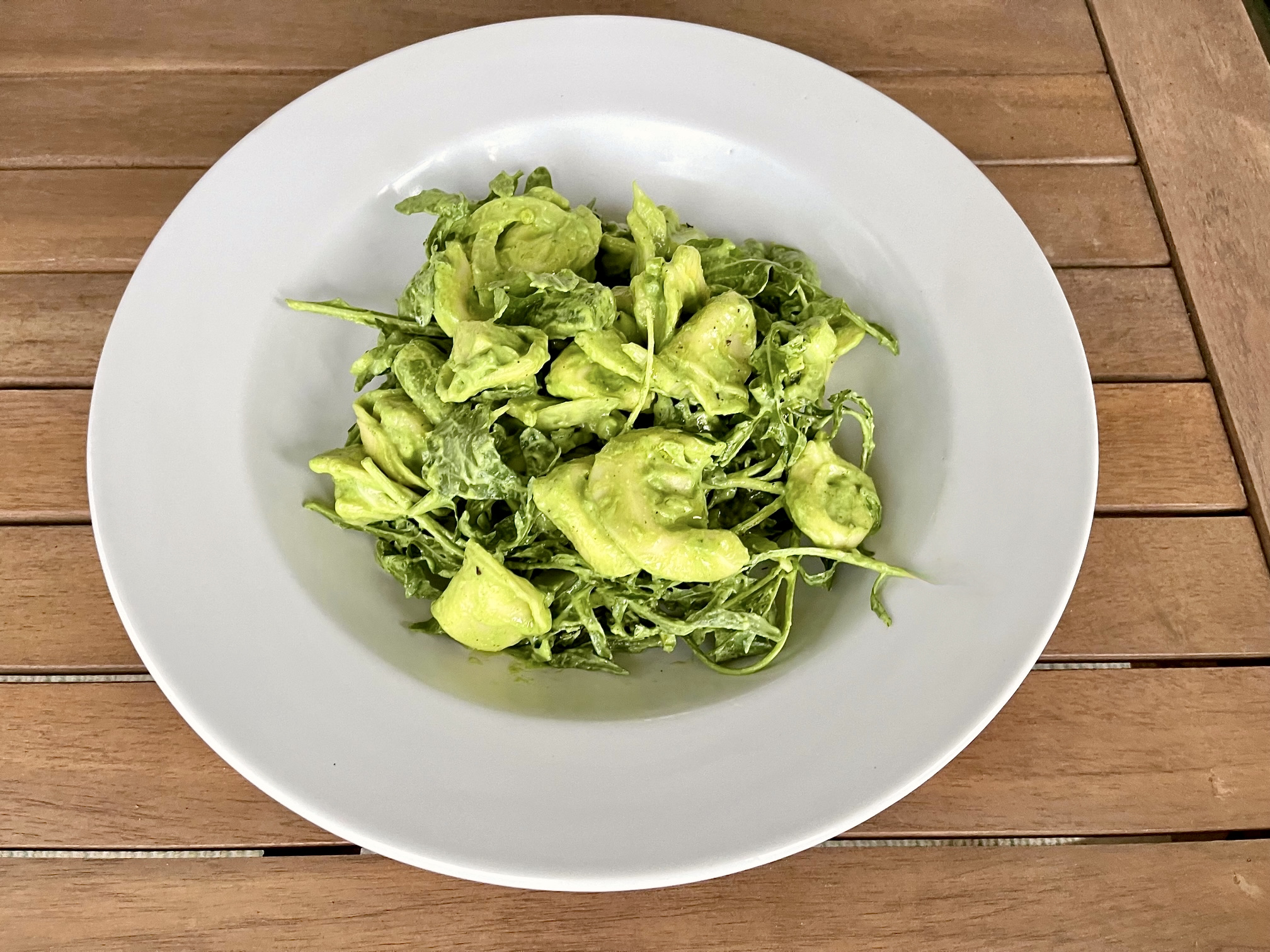